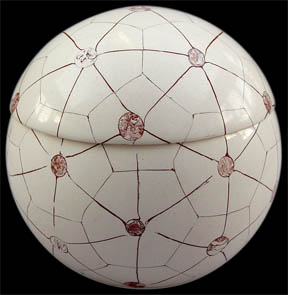 Shoji Sadao is both an architect and the Executive Director of the Isamu Noguchi Foundation, Inc.  Sadao is unique in his singular collaboration with two of the most important genius’s of the 20th century, renaissance inventor R. Buckminster Fuller and world renowned sculptor Isamu Noguchi who were both lifelong friends of each other.  Sadao met Fuller while studying architecture at Cornell University in the early 50s. He is responsible for drafting the very first icosahedral version of Fuller’s Dymaxion Map for a UN drawing in 1952. The first published icosahedral projection came out in 1954. Bucky and Shoji founded Fuller and Sadao, P.C. in 1965. Its first project was the large geodesic dome for the U.S. Pavilion at EXPO 67 in Montreal. Shoji’s impressive architectural contribution to the design and execution of the landmark EXPO ’67 dome has never been fully documented to this day.  Fuller introduced Sadao to sculptor Isamu Noguchi in the 1960s the pair worked on garden and landscape projects. In 1971 they formed Noguchi Fountain and Plaza, Inc., which completed the sculptor's Philip A. Hart Plaza and Horace E. Dodge and Son Memorial Fountain in Detroit. Sadao worked closely with the artist on the production and distribution of Akari, and on the design, construction and installation of the Isamu Noguchi Garden Museum in Long Island City, New York.

This Porcelainia vessel, constructed in 2003 is based on the the duals of the truncated icosahedron and the pentakis dodecahedron.  It is dedicated to Shoji Sadao for his contributions to architecture, art and geometry and to his role with the major achievements of two great renaissance men of 20th Century.